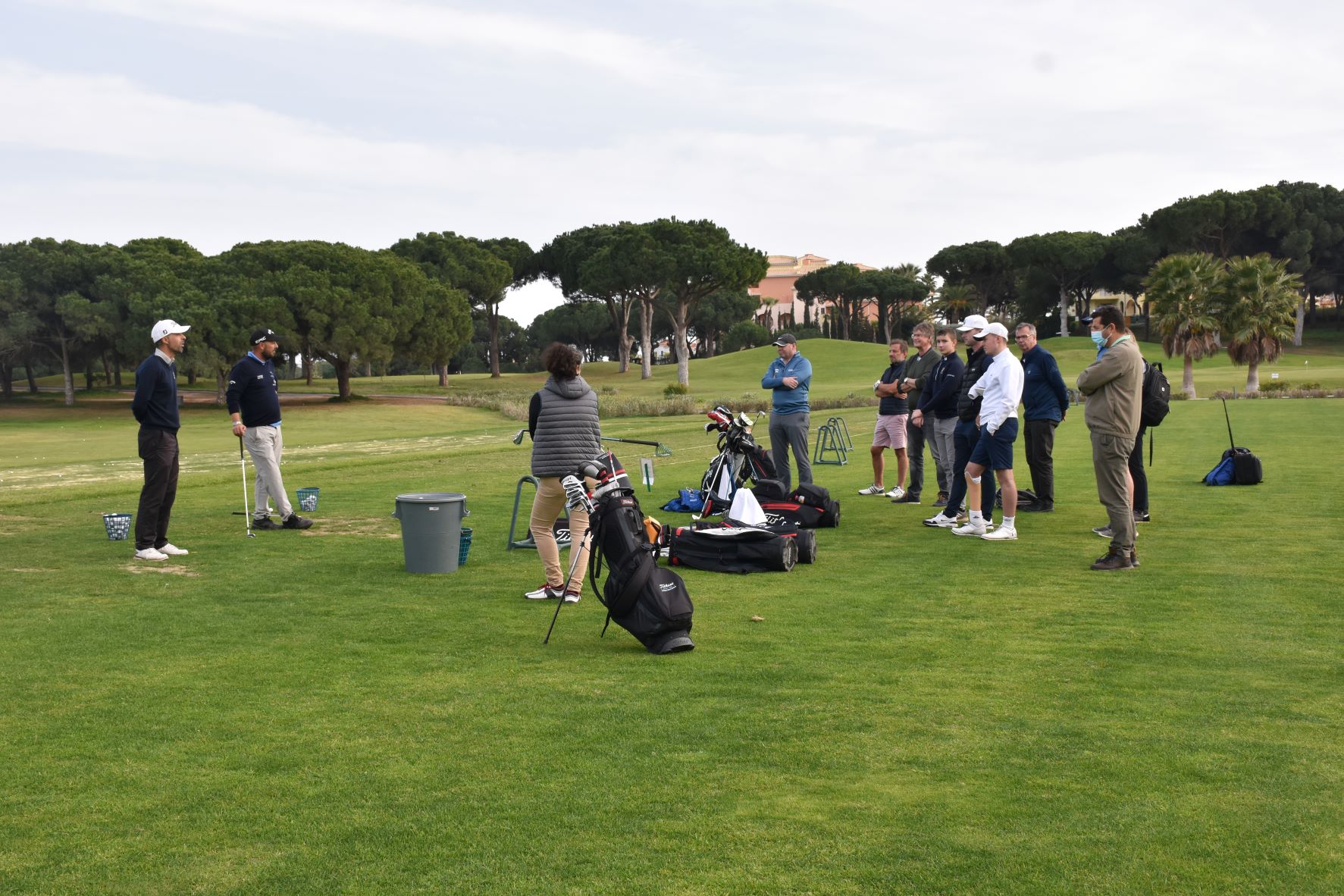 – 48 players from 15 countries competed in the EDGA season-opener, the first ever to be held at the resort –

Vilamoura, 16 February 2022: Young golfers from Vilamoura Golf School were granted a rare and privileged opportunity to learn from one of the world’s greatest golfers with a disability. Hosted by Dom Pedro Hotels & Golf Collection ahead of the EDGA Vilamoura Open, on 13-14 February, Italy’s Tommaso Perrino, demonstrated the game’s fundamentals to local up-and-coming stars.

Ranked 12th in the Gross World Rankings for Golfers with a Disability, Perrino, alongside Dom Pedro TPI Golf Certified Coach, David Moura, provided practical tips and technical advice to help participants improve their skills, or introduce them to the game of golf for the first time.

A friend of the Molinari brothers since his teenage years, Perrino suffered a leg injury in a scooter accident aged 17 in 2001. He has since become one of EDGA’s leading stars with his form over the last few years amongst the best on tour with notable performances including a second-place finish at the inaugural EDGA Cazoo Open. Perrino was also recently invited to compete in both the 2020 and 2021 Italian Open by the European Tour (now DP World Tour).

The session was held in collaboration with EDGA to help raise further awareness for golf in the region and showcase how the sport has had a positive impact, both mentally and physically, on people with a disability.

Commenting on the opportunity to host the clinic, Perrino said: “It was amazing to host the clinic today and be able to share my experience in golf and EDGA with everyone who attended. EDGA is like a family, it has given me so many great opportunities to play the game of golf once again and compete against the best players in the world.”

EDGA was founded in 2000 as a non-for-profit volunteer-led association of the National Golf Federations from 34 countries worldwide, focusing on boosting awareness for golf, developing capacity within the golf industry, and providing opportunities for golfers with a disability throughout the player pathway.

Eng. Luis Correia da Silva, Chief Executive Officer at Dom Pedro Golf, stated: “It is amazing to see so many people in the region turn up to learn more about the game of golf from one of EDGA’s leading stars. It is incredible to hear about Tommaso’s experience in the sport and hopefully by hosting this clinic it will encourage more people, both with and without a disability, to take up golf and feel the positive effects from it.”

“As a brand we are always looking to grow the game in the Algarve, and hope that by hosting events such as the EDGA Vilamoura Open it will inspire more people to take up the sport. We can’t wait for the EDGA host their next event at the resort and look forward to working closely with them and their partners over the next few years.”

Tycho Kuiper, one of the participants from the Vilamoura Golf School, described the feeling of being invited to take part in the clinic: “It doesn’t matter if you have a disability because golf makes it possible for everyone to play regardless of what you are dealing with. It was amazing to learn from Tommaso today. Golf is the right sport and EDGA makes it possible for the players.”

The EDGA Vilamoura Open was the inaugural event for golfers with a disability to be held at the resort, however, Dom Pedro has previously demonstrated its commitment to supporting EDGA through action undertaken in recent years, alongside the DP World Tour, during its hosting of the Portugal Masters.

Played on the pristine-conditioned Dom Pedro Pinhal Course, the tournament saw an entertaining start to the EDGA world-ranking season with the Strokeplay Gross Division won convincingly by current and three-time European Champion for Golfers with a Disability, Juan Postigo, with a final score of five-under-par. Postigo also secured the Strokeplay Nett Division on one-under-par, whilst Belgium’s Liliane Cambré won the Stableford Division.

Tony Bennett, President of EDGA, finished by describing the overall experience at Dom Pedro: “I first came to the Dom Pedro course, today called the Dom Pedro Pinhal course, almost forty years ago, when I brought 50 golfers here for a coaching week. Since those days I have seen many changes, some to the course and of course others to the clubhouse. However, three things that have not changed are the Algarve welcome, the challenge of the course and the sense that as people leave for home they already want to come back.”

To find out more about Dom Pedro Hotels & Golf Collection, go to: https://www.dompedrogolf.com