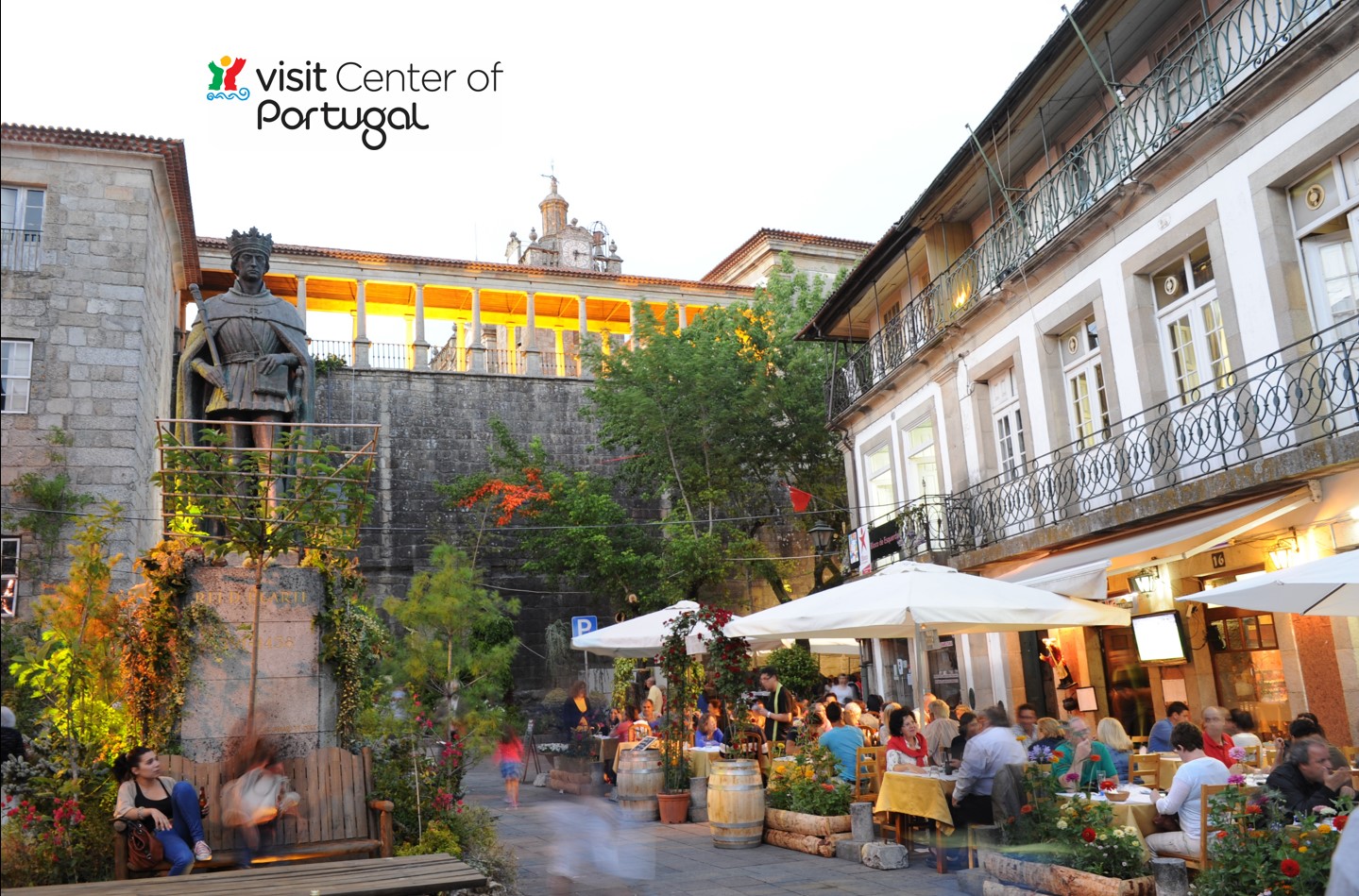 FIND YOUR CENTER OF PORTUGAL

Whatever your reason to travel, there is something for everyone in the Center of Portugal region. Whether it’s walking along the ocean, dining at a city café or touring one of many nature preserves, the region has a variety of cultural and outdoor activities.

The city of Coimbra is home to Portugal’s oldest university and Aveiro is famous for an immense lagoon and canals that serve as streets.
The inland cities are dominated by traditional stone architecture and Center of Portugal plains, form a kind of transitional zone between north and south of Portugal. Here lies the historical village of Monsanto, whose high perch enabled it to stand against a Roman invasion in the second century.

ACTIVITY HIGHLIGHTS
View the baroque library at Coimbra University.
Join a fantastic tour across the UNESCO World Heritage sites.
Fátima is one of the most spectacular Catholic sanctuaries in the world. Discover the history of this charming place of confinement and inner peace.
Discover the Schist Villages in Lousã Mountain.
Historical Villages can be very small dots in the world map, but they are hidden gems.
Be amazed with the Glacial Valleys of Zêzere, Alforda, Loriga, Covão Grande and Covão do Urso, all of them in Estrela Mountain.
UNESCO World Heritage, the Foz Côa Valley is considered “the most important open air Palaeolithic rock art site”. Amazing!
Follow five wine routes: Dão, Bairrada, Beira Interior, Tejo and Lisbon.
Ride on a bicycle through Aveiro Lagoon.
Discover Óbidos, a romantic village that is a book lover´s dream. 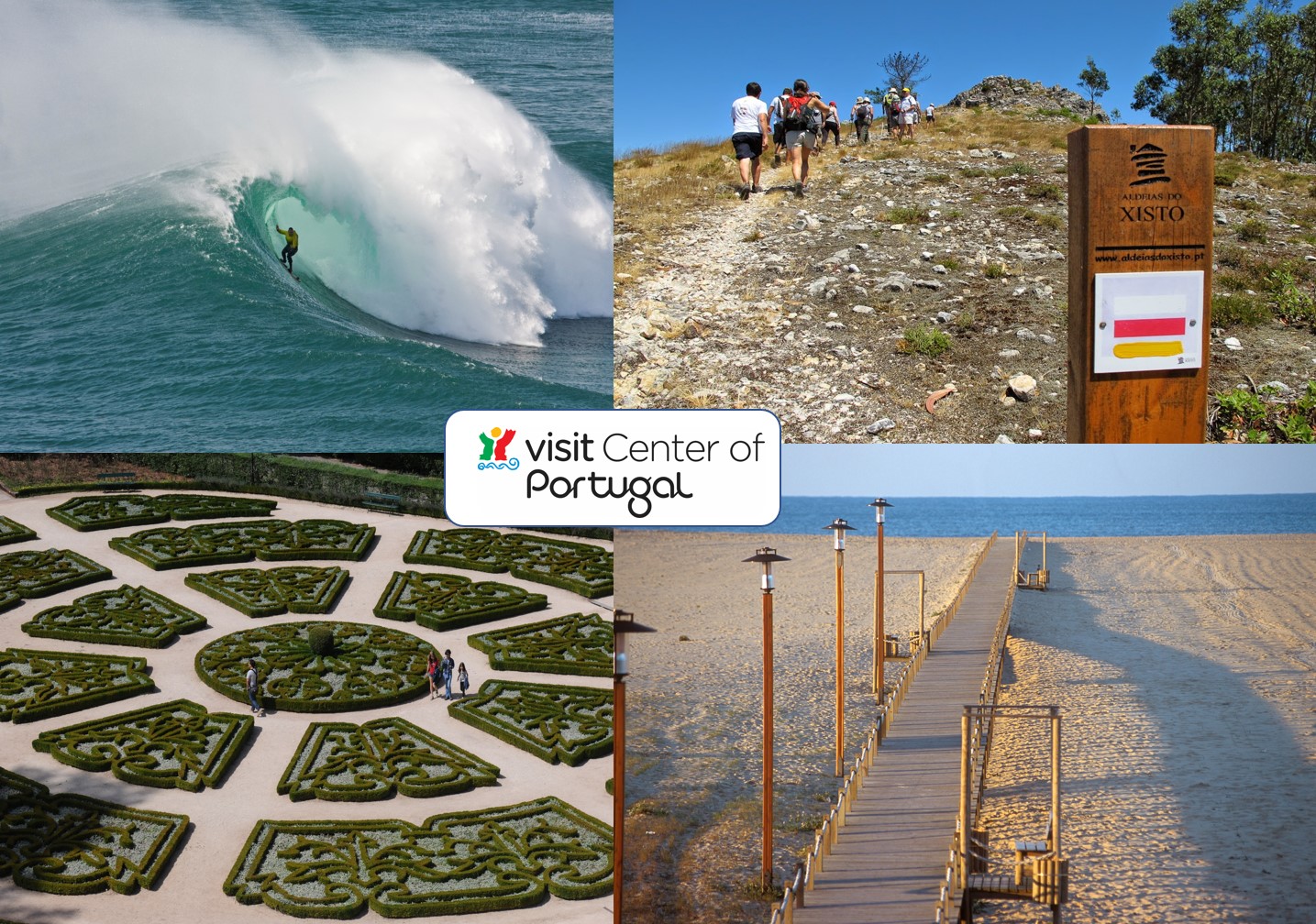 THE BASICS
Along this region’s border with Spain, are a myriad of fortresses and castles that once protected the country from its many invaders. Twelve towns rich in history dot the countryside.
The main cities have excellent museums that detail this region’s role in Portugal’s long history.
The Serra da Estrela Natural Park is the largest protected area in Portugal and an excellent place for family hiking, bird watching, and outdoor sports.
Hiking is also popular in Lousã Mountain which has outstanding scenic views.
Buçaco Forest, nearby Coimbra, is home of an isolated monastic retreat, that now features a vast botanical garden.

WHAT TO SEE
For the adventurous, try paragliding in Linhares – Estrela Mountain or for a more relaxed vacation, swim in the natural pools of the Lousã and Estrela Mountains.
If you head to Atlantic Coast, enjoy the pristine beaches with their white sand and high waves.
If a peaceful walk is what you’re looking for, you have many options to choose from: Schist Villages, Historical Villages or Mountain Villages.
The region has many stories of Portugal before it became a nation, as well as a number of ancient buildings that serve as reminders of this time. Fortresses and castles define Europe’s longest standing border in villages such as Almeida, Castelo Rodrigo, Castelo Mendo or Sortelha. Part of a chain of twelve Historical Villages, known for their rich heritage and surviving traditional culture.
In the Schist Villages you will find 27 unique villages spread out in the mountains, hidden from the daily routine. Here clocks tick slower and time has a different meaning.
If your choice is the Mountain Villages, all of them seem too tiny in the infinity of a globalised world, you will find villages full of genuine people. The natural setting is absolutely beautiful, Estrela Mountain is a place of silence.
Coimbra is home to Portugal’s oldest university, known for its fabulous baroque library, and nearby is Conímbriga with its extensive remains of a Roman villa.
In Aveiro, visitors will find a wide array of art, both in public spaces and in museums.
Óbidos, once a medieval fortress surrounded by a 12th century wall, invites you to wander and explore the cheerful medieval ambience of winding streets and old whitewashed houses where the sunset takes a golden colouring.

CENTER OF PORTUGAL HISTORICAL VILLAGES
Built from granite & schist, and located in the heart of the country, Portugal’s stone villages have witnessed more than 900 years of history. Although the villages are peaceful today, they have not always been so tranquil.
Perched high on the region’s rolling hilltops, the villages played a crucial role in protecting the surrounding lands. Their vantage point made it nearly impossible for would-be invaders to approach undetected. Over the centuries, Moors and Christians, Spaniards and Portuguese, have all tried to take the villages for themselves and each village has its own thrilling tale to tell. One well known story is in the village of Almeida where in the 19th century, the people held off the French in their formidable fortress for 17 days.
Whether you want to experience Portugal’s breath-taking landscapes, its historic fortresses, or the warmth of its people, the villages offer it all.

THE FRONTIER CASTLES
Discover the ancient stories of heroic deeds and glorious battles in the remains of the frontier castles.
From the castles of Castelo Rodrigo, Sortelha and Sabugal to the fortress of Almeida, most of these 11th, 12th and 13th century bastions are today classified as national monuments. The collection of about 20 castles in the Centro reminds visitors that Portugal was once constantly working to protect itself from invaders.

WINE COUNTRY
Center of Portugal is famous for its deep diversity. And the same goes with wines. There are 5 wine regions within the region, namely: Dão, Bairrada, Beira Interior, Tejo and Lisbon. Exquisite wines matching the most demanding tastes, state-of-the-art wine locations and the coolest tasting spots. As well as breathtaking views over the never-ending vineyards bathed by sunlight and soothed by the Atlantic breeze. 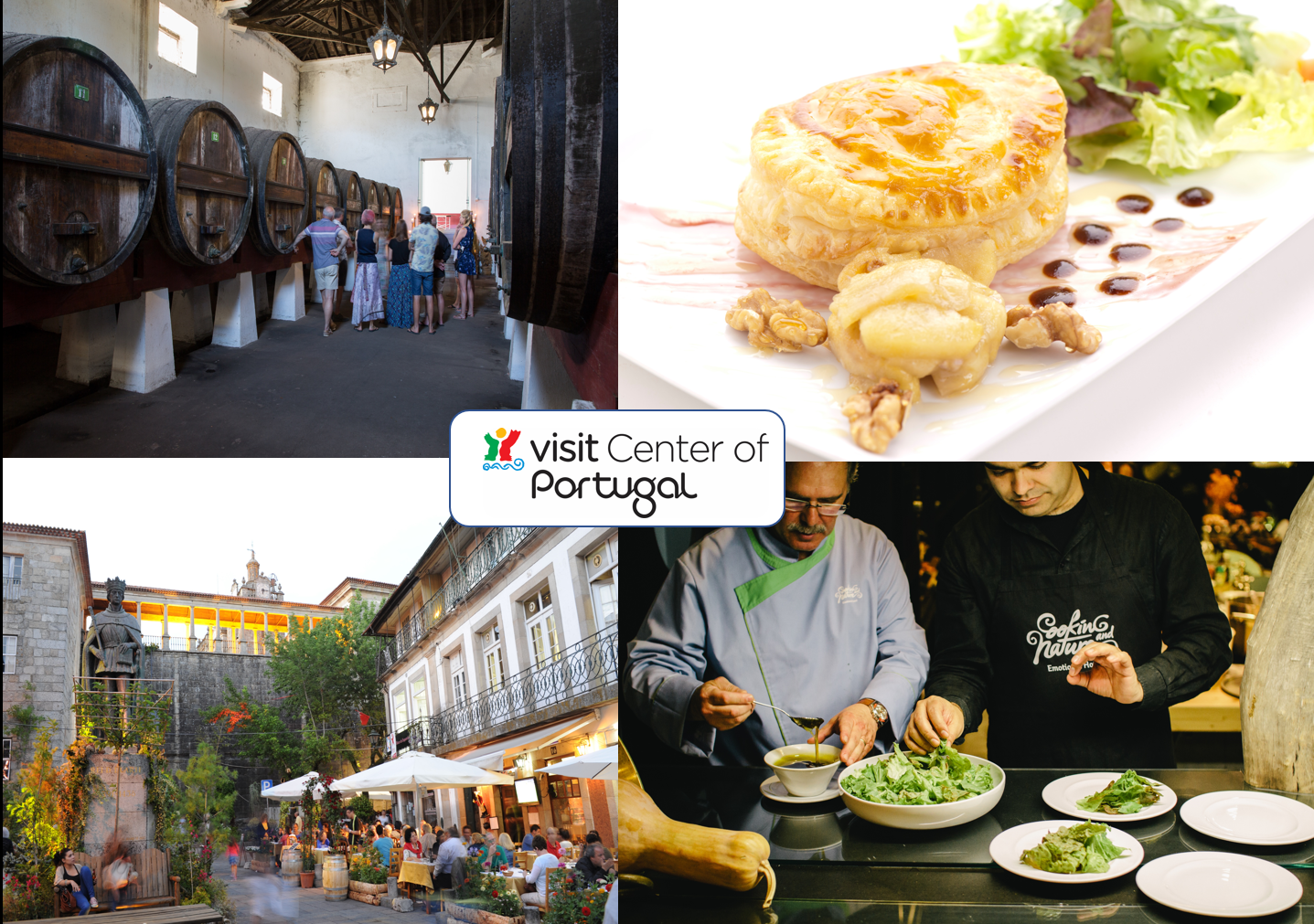 THE MOUNTAINS
Whether Summer or Winter, the Serra da Estrela offers fun activities for all tastes.
The highest point in Portugal mainland and among its most beautiful regions: Serra da Estrela makes it easy to get your family out and about. Go hang-gliding or for a ride in an ultra-light plane in the summer.
Take a walk or spend the day bird-watching at the Nature Park if you are feeling more leisurely.
The Serra da Estrela Nature Park’s tourist map, will show you the circular route around the mountain starting in Lagoa-Torre. For a quick snack along the way, stop by a local shop and try some Serra soft cheese, considered to be one of the very best in Portugal.

UNWIND & RELAX AT ONE OF CENTRO DE PORTUGAL’S SPAS’
When you finish your day of hiking, swimming or hang-gliding, there’s no better way to unwind that at one of the region’s beautiful country spas.
The Romans recognized the region for its pure waters and built special retreats here for the treatment of bodily and spiritual ailments.
The spas of São Pedro do Sul, Curia, Luso and Monfortinho are the most well-known and are located in areas that offer plenty of entertainment and activities.
If you are looking to soothe both body and mind, the peace and quiet of the green countryside and mountains is a wonderful place to take in some fresh air between spa treatments. There are many natural lakes and pools for a quick dip and rivers for an exhilarating canoe or rafting trip. The hills of Viseu, Coimbra and the Serra do Buçaco are also ideal for excursions by car, if you have a free afternoon. 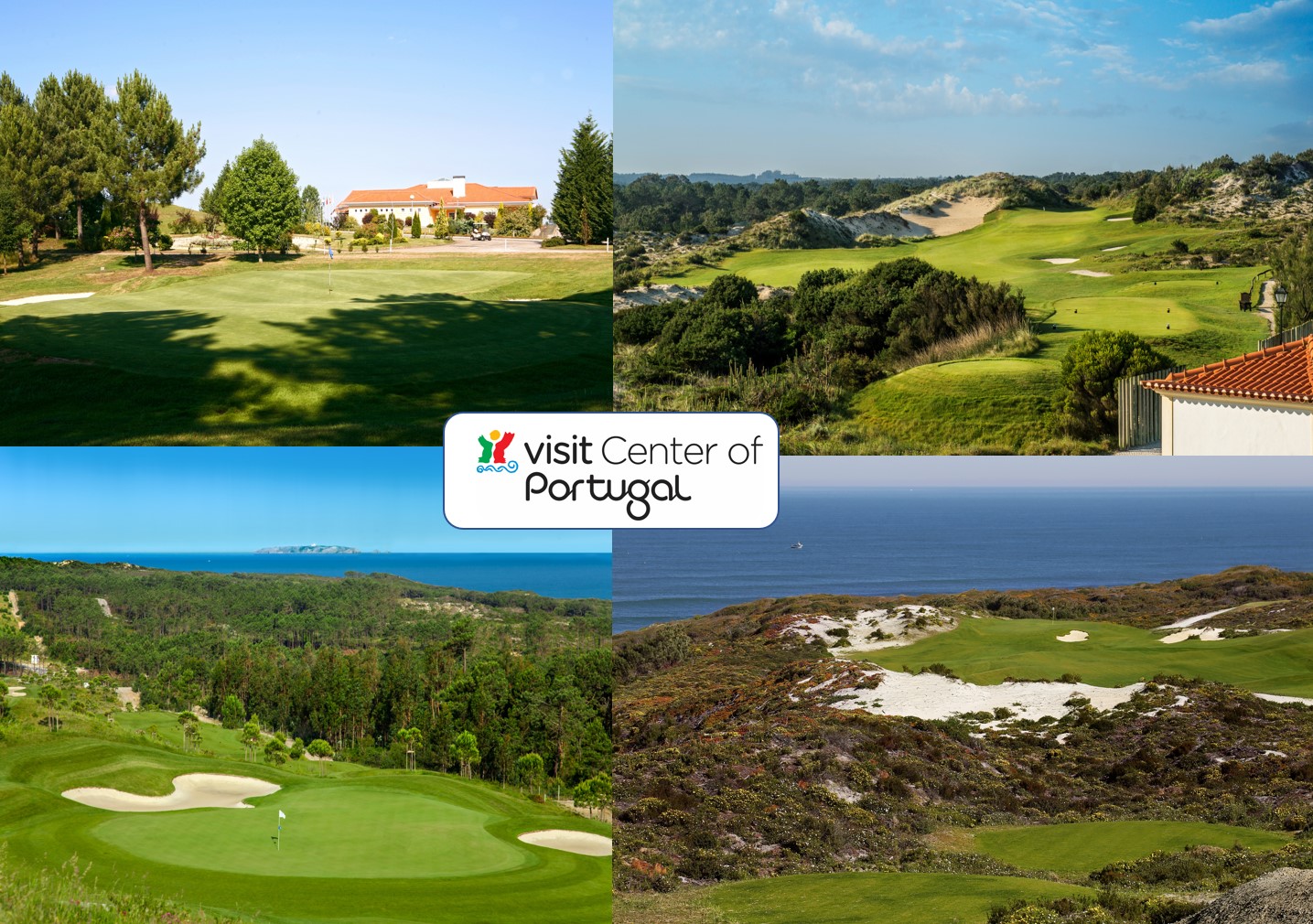 IF GOLF IS YOUR CUP OF TEE!
Portugal is a prestigious international golf destination. The golf courses of Center of Portugal are among Europe’s best golf courses and include; West Cliffs, Guardian Bom Sucesso Golf, Praia d’El Rey Golf Course, Royal Óbidos Spa & Golf Resort and Montebelo Golfe.
The best sport to play in times of social distancing. 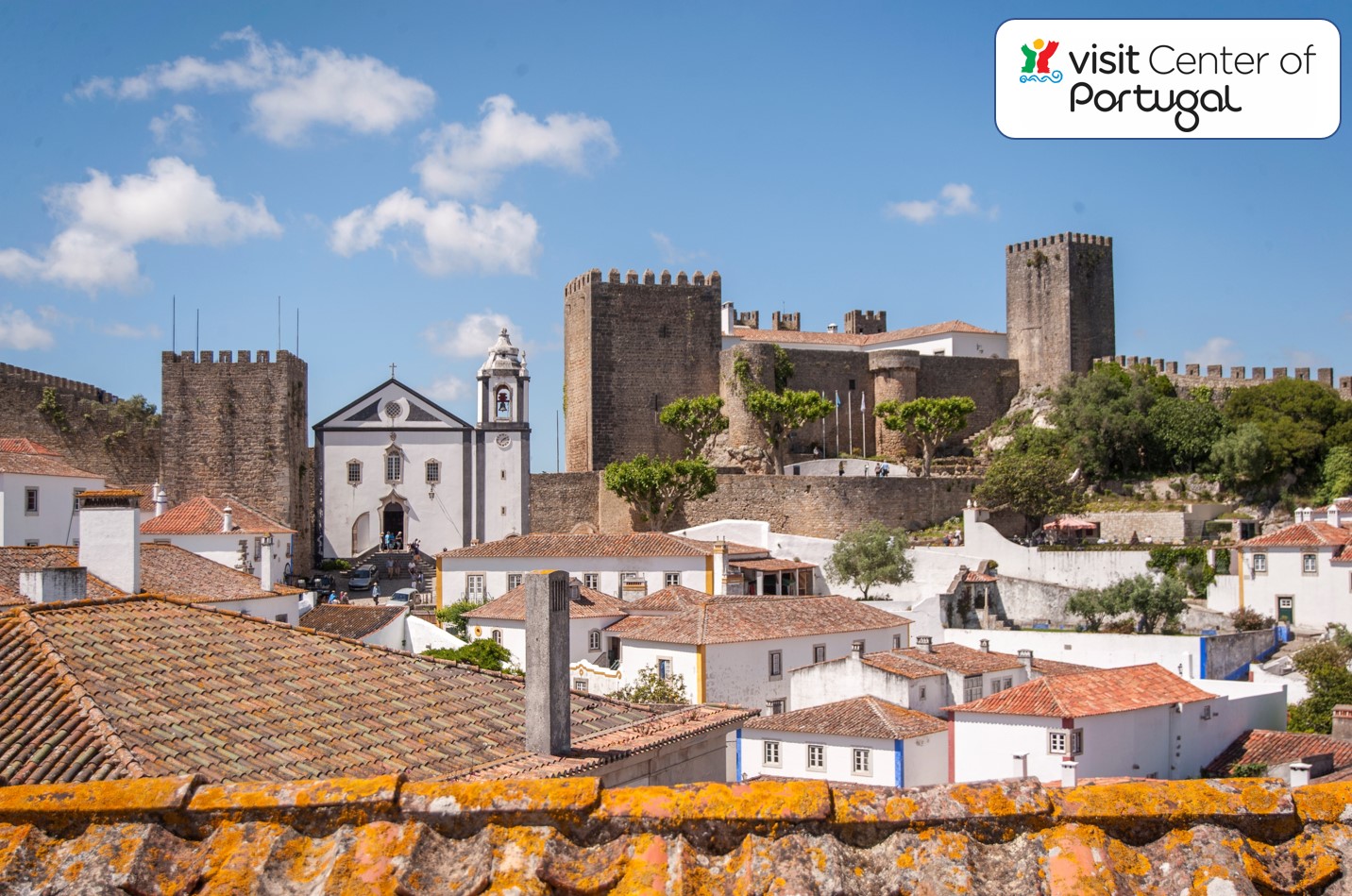 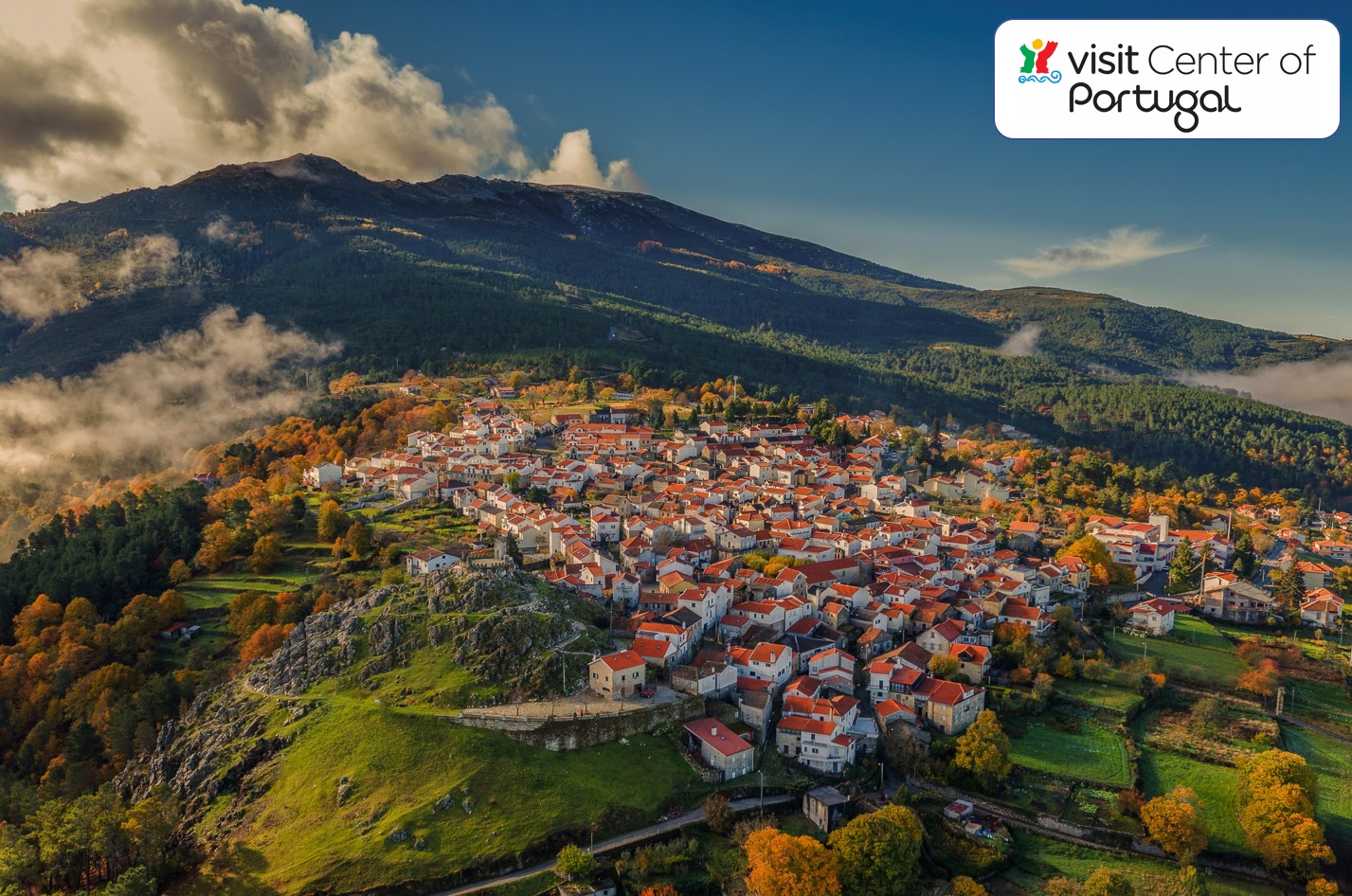