The surge in local play that greeted the emergence from lockdown in countries across the globe has been well-documented, and playing golf continues to be a much sought-after activity even as Covid-19 maintains its grip on the psychology of nations.

As freedom of movement, at least domestically, has opened up, golfers have set off in search of golf experiences further afield, but within their own borders. This is most prevalent in the USA where the National Golf Foundation reported last week that 76% of golf travellers were willing to drive more than four hours each way for a golf getaway, and those with a trip still planned for 2020 indicated that they will spend an average of six to seven hours in the car just getting to their destination.

Even without international visitors, Mission Hills in China is enjoying record summer season rounds from Chinese golf travellers, and this domestic golf travel pattern is being repeated in most golf destinations around the world, with South Africa being the most recent country to relax its inter-province travel rules. Of course, domestic travel alone is not a panacea to the poor economic state of health of the tourism industry right now, but at least it is providing much needed support for golf courses and some hotels.

This has not been lost on tourist boards, many of which are now targeting digital marketing campaigns on their fellow citizens, highlighting their Covid-19 safety protocols to reassure and encourage domestic visitors. This adaptation can be seen in destinations as far apart as Thailand and Spain’s Costa Blanca.

This rapid progression from no-play to local play to domestic travel indicates that as soon a window of opportunity arises, golfers will dust off their travel bags and take the next step enthusiastically and in significant numbers. 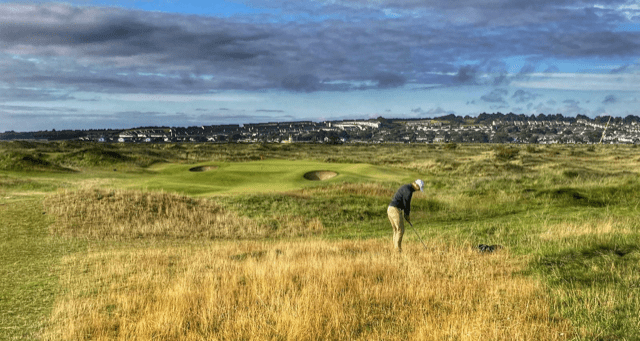 There will be a transitional period during which international corridors open up (and sadly sometimes slam shut again…) between individual markets and specific destinations, as we have seen between the UK and Portugal this week.

So the golf tourism industry needs to remain light-footed and nimble in its adaptation to those markets and sectors able and eager to travel. I look forward with anticipation to better months ahead.

"Designed by Jeff Howes, you can expect a high quality course and one that continues to grow in reputation all the time."

An owl in flight out by the 6th hole.