**For anyone enjoying the magnificent golf courses on the Ayrshire coastline the sight of islands across the Firth of Clyde is no more than a glimpse away.**A rich tapestry of these islands helps to shape the coastline, with the Isle of Arran so colourful to the north and Ailsa Craig so upright and shapely to the south. This region’s beauty extends further, into the heart of Ayrshire and into its history, too.
A visit should not alone be contained to the almost 50 golf courses (including the Open Championship venues of Royal Troon, and Prestwick – acclaimed as the birth place of the Open) for there is more to see and do.
After all, this is the birth place not just of the Open, but also of Scotland’s national poet, Robert Burns. He was born in the village of Alloway, where you will find the Robert Burns Birthplace Museum.
>To the islands many visitors will go, discovering mountain peaks, distilleries, local food and Bronze Age remnants.
The Machrie Moor Stone Circles on the west coast of Arran have been standing for nearly four thousand years … and tourists have been standing among them ever since. Brodick Castle, to the east, dates back to the Vikings, and is visible from the ferries that travel to Arran throughout the year.
For those preferring the turf of the mainland, Western Gailes promises the most stunning views of Arran, with tee boxes perched above the beach and the hypnotic rhythm of dunes that seems to flow from the northern-most links of West Kilbride, all the way south to Prestwick and beyond to Turnberry. Even Irvine, a links well inland, has that perfect crumpled terrain. It enjoys a reputation as a ‘hidden gem’ and proves that golfers can ask for little more of this golfing paradise. The Marine Hotel, overlooking Royal Troon’s 18th green, is a favourite destination for golfers. Rooms are named after famous golfing occupants which may just inspire you for your next round.
Prestwick town boasts an almost unfair share of courses as well as a main street possessing several excellent restaurants. It proves as magnetic during the evening as Prestwick Golf Club does during the day. Fish and shellfish caught off the Ayrshire coast are a speciality and promise a perfect end to a day on the course, discovering castles (Culzean Castle is regarded as the jewel in the crown of the National Trust for Scotland), sailing or hiking the coastline trail.
Http://www.ayrshiregolfscotland.com 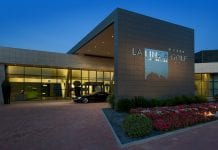 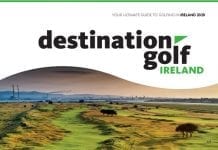 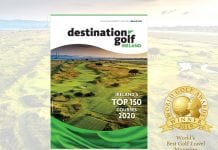 Teeing off under the warm winter sun - https://blog.teetimes.pt/teeing-off-warm-winter-sun/

Find out more about the Tournament Golf College (TGC)
in our blog 👉 http://bit.ly/325Ufq2