Sam Sakocius, President of Qualitas Project Control has teamed with Zenta Thomas, President of Dragon Rock bringing Qualitas’s 35 years of his Golf Development, Civil Engineering and Design background together with Dragon Rock’s many years of media production, marketing and cross-cultural consulting experience specializing in the introduction of Western brands to the Asian Market, to announce their latest initiatives to launch and instantly position Destination Golf as the top Golf Travel Media Brand in Asia.

Recently named respectively as Destination Golf’s Asian Brand Ambassador and Senior Feature Editor in charge of content creation, Thomas and Sakocius have guided new client, Destination Golf Media (www.destinationgolf.travel) into the Asian market with a creative, measured and strategic campaign aimed at propelling the European based media company, considered to be the world’s number one golf travel magazine, into the uppermost travel media position in Asia.

Says Thomas, “A multi-pronged approach was key to achieving the two goals of bringing awareness of Destination Golf Media to golf properties and stake holders in Asia while simultaneously stimulating Destination Golf’s worldwide subscriber base’s interest in the vast, exotic golf offerings Asia has to offer.” She elaborates, “This year’s push to launch Destination Golf in Asia was comprised of a series of initiatives covering high profile golf events, conferences, trade shows, tourism board conclaves and tourism influencer consultations. We produced one on one celebrity interviews with the knighted, six time major winner Sir Nick Faldo, on the heels of his world golf designer of the year acclaim and created video content featuring top designers like Dana Fry, hot off the Erin Hills US OPEN CHAMPIONSHIP. We also embarked on adventurous fam tour treks to produce regional coverage of places as unique and exotic as Sri Lanka, Mauritius, Abu Dhabi, Myanmar, Vietnam, Singapore, Thailand, and Laos.” All in a year’s work for the Qualitas/ Dragon Rock brand building machine.! 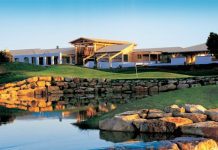 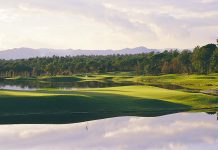 “The Mount Juliet experience is something truly special” – DG IRELAND...