American Tyler Koivisto carded a final round 67 for a 13-under winning total to win the Northern Ireland Open supported by The R&A at Galgorm Spa & Golf Resort (Photo: Charles McQuillan/Getty Images) 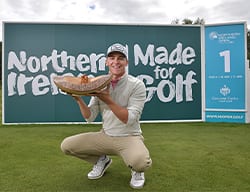 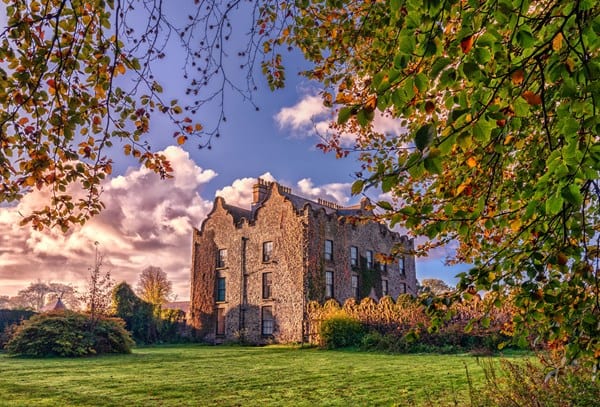 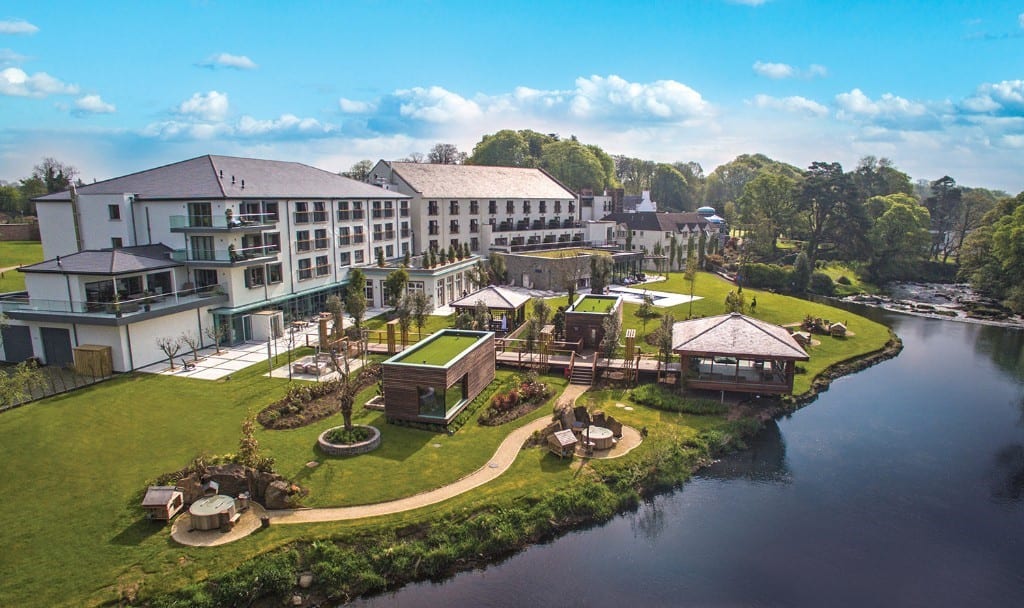 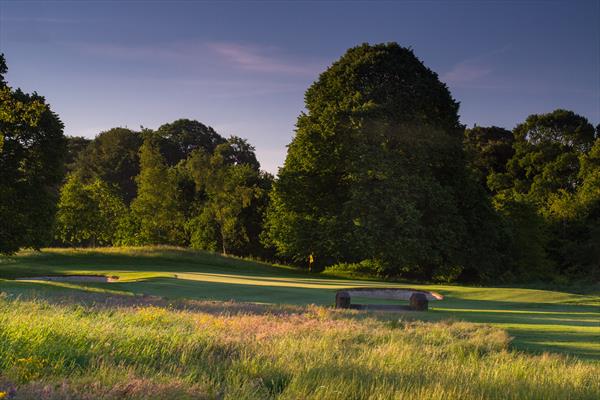 The American, teeing it up in his first European Challenge Tour event, posted a final round three under par 67 to reach 13 under par at Galgorm Castle Golf Club, two strokes clear of Norway’s Kristian Krogh Johannessen in second place on 11 under par.

Koivisto spent three years as a schoolteacher after university before taking up golf full-time two years ago and is now faced with a promising future after a life-changing victory which secures him full Challenge Tour playing privileges.

“They called me up last week and asked me if I could fly to Northern Ireland and I said yes, I’m going to take any opportunity I can get. I was mostly playing mini tour stuff in the States, some Monday qualifiers and I taught for three years.

“I think my mentality was good this week. I was really relaxed, not really caring and in terms of expectations I was just hitting golf shots and having fun. I had a blast this week on the course. I didn’t really worry too much about the results.”

The Minnesotan showed the calmness of an experienced winner coming down the stretch at Galgorm Castle and he highlighted the birdie at the 15th hole as a pivotal moment.

“I think the birdie I made on 15 was huge,” he said. “Just because I had seen a lot of putts burn the edge or my pace was a little weird. That went in the side door then and I thought to myself ‘yeah, I’m going to get this done now’. I hit three really good tee shots coming down the stretch and that was very special.

“That scene on the 18th green was special, and it was nice to see my name on the top of the leaderboard. All the hard work you put in, it’s nice to see it pay off and get to the next level.”

This week’s event would not have been possible without The R&A, who provided additional through their Covid-19 Support Fund.

“I’m grateful just for the opportunity to come over here with everything going on, with the pandemic, and being able to set up this tournament bubble, I couldn’t believe all the work that went into that,” Koivisto said.

“Just the ease of coming over here and having people arrange stuff for me was great. The R&A stepping in, it wouldn’t happen otherwise, I’m very grateful for them.”

Johannessen posted the joint-low round of the day with a five under par 65 to secure solo second place, one stroke clear of Jens Fahrbring, who also posted 65, and England’s Andrew Wilson who shared third place on ten under par. Sweden’s Björn Hellgren and Iceland’s Gudmundur Kristjansson made up the top five, sharing fifth place on nine under par.

With victory in Ballymena, Koivisto made it an American double with countryman John Catlin winning on the European Tour at the Estrella Damm N.A. Andalucía Masters, and the 27-year-old moves immediately to sixth place on the Road to Mallorca Rankings.

Local favourite JR Galbraith finished best of the 16 Irish who started the week after the Whitehead professional closed with an eventful level par 70 to finish inside the top 20 (tied 19th) on four-under.

The 26-year-old came unstuck at the start of his final round with a double-bogey six at the first. He eventually turned in three-over 37 then rallied at the start of the back nine with birdies at 10, 12 and 13. However a roller-coaster day saw further shots dropped at 14 and 17 before a grandstand eagle finish.

“Unbelievable day, very up and down. Felt like I played so much better than what I got out of the round,” said Galbraith. “I lost a ball off the first tee and didn’t think it was that far offline. I then made a great birdie at the next when I hit the flag with my wedge.”

“After reaching the turn in three-over, I’m pleased with how I hung in there. I kept telling myself I play the back nine well and came home in three-under.

“Overall, it was a very positive week. I made enough birdies and eagles to be up there, but obviously the dropped shots killed me,” added Galbraith, who would love to get an invite back to Galgorm Castle for the Irish Open later in the month.

“The season is up the air. Obviously, no qualifier for the Irish Open this year. I have a few events around Ireland and will see if any invites pop up here or there. I would absolutely love it if I got into the Irish Open.”

Niall Kearney carded a final round 69 to finish in a tie for 23rd on two-under. The Dubliner made steady progress through the week and enjoyed three birdies on today’s back nine.

Kearney opened his birdie account at the 10th when he got up and down from 50-yards after missing the fairway off the tee. The Dubliner picked up another from 20 feet at the 13th and quickly added a third at the short 14th when landing his seven into 10 feet and holing.

“Overall I’m happy enough with everything, wasn’t really sure where my game was coming into the week,” said Kearney after his round. “Four decent scores. Striking got better each day. Good to get card in hand and get the juices going again.

Conor O’Rourke had a weekend to forget after a second consecutive 79 left the Naas golfer down the field on 17-over.